Fly Away | Piano Perspectives - The Music of John Denver

Pianist Chris Nole shares his memories of John Denver through the beauty and power of John’s masterfully written melodies, as only someone who has spent many hours on the stage and in the studio with John Denver can. Hear these classic songs again – for the first time.

"I put the CD in the player and I was…spellbound. The simplistic beauty of Chris Nole’s solo piano and the memory of
John Denver’s music took me back to when life was different for me"  - R J Lannon | New Age Reporter.com

“Nole contributes some of the most poignant and powerful renditions of the songs this side of the originals.
It grabs at your heartstrings and doesn’t let up.” - Brett Stewart | The Independent Spotlight

Fly Away - The Music of John Denver

Pianist Chris Nole performs John Denver's music as only someone who has spent many hours on stage and studio with John Denver can. Hear these classic songs again - for the first time. 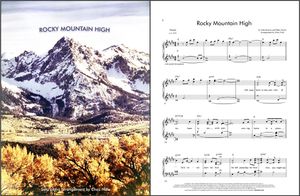 SUNSHINE ON MY SHOULDERS sheet music
available at Sheet Music Plus 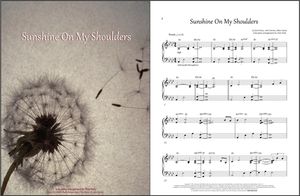 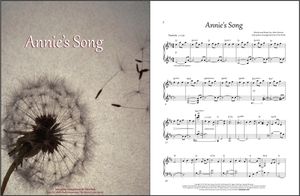 John Denver changed my life. Growing up in the suburban town of , , a world away from the Rocky Mountains of Colorado, I vividly remember Back Home Again sheet music on my piano. I remember Annie's Song and Take Me Home, Country Roads playing on our AM radio downstairs. Like most young musicians, I dreamt of a career in music and all the excitement it might bring. Skip ahead......years ahead, to . I had since relocated to to pursue a career as a musician and songwriter. I was fortunate enough to be making a living as a session player and touring musician when I got a call - THE call - from a, then, recent music biz acquaintance, “KO” (Kris O’Connor), offering me the chance to go to Asia with John Denver as a part of John's new band. When do we leave?! That was the start of my working experience with John Denver in concert and in the studio. World tours, television specials, including the A&E concert and platinum CD, The Wildlife Concert, and many recordings, such as the Grammy winning CD, All Aboard made it all a whirlwind adventure for me, to say the least. I learned a lot from being on stage with John - the power of one soft, graceful note, the drama of one well placed pause - John was a master of his craft, he could write and deliver a song like no one else. That all came to an abrupt end on October 12, 1997. John Denver left us, but his legacy and music live on. My life, and so many other people's lives are better because of John Denver. I believe one of John's greatest gifts was bringing people together - the many good people I have met and continue to meet through John's music truly amazes me. I dedicate this CD to John and to all who believe in the honesty of his music.  Peace, Chris